Like something out of a movie, Bree was a tiny chick who got lost on the hectic streets of New York City, and was handed into the animal shelter where Camille worked. Being in the centre of New York, the sanctuary hadn’t seen many chicks, but Camille quickly developed a special bond with Bree as soon as she arrived.

So, as Camille was leaving work for the day, she made the spontaneous decision to take Bree with her! And the rest, as they say, is history.

Because the more time that Camille spent with Bree, the more she grew to love the adorable little Chick. She raised Bree as if she was her mother, and the foster relationship quickly turned into an adoption.

Bree changed Camille’s perception of chickens, and showed her that they were capable of showing love and affection much in the same way as dogs and cats. The pair soon became nap partners, and Camille was incredibly grateful that Bree had arrived in her life.

But as Bree grew into a rooster, Camille knew that she couldn’t keep him in the city. Such is her love for Bree that she decided to look for a place outside of the city, and she’s delighted that she made the decision to relocate.

Perhaps the most significant lesson that Camille has learned from her relationship with Bree is that all animals deserve a chance. She can’t believe how intelligent Bree is, which has totally changed her perception of chickens in general.

She wishes that more people would spend time getting to know about animals that we often take for granted, which might change the way we interact with them in the future.

To keep up with the special bond between Camille and Bree, you can follow them on Instagram. 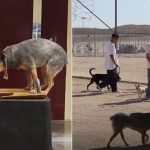 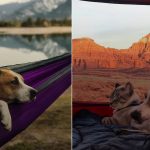