While most dogs are naturally able to swim, it’s less common for them to be found in swimming pools! But for Pearl the pittie, she loves nothing more than heading out into the back yard and diving straight into her family’s outdoor pool.

Even when Pearl is only let out the back door to do her business, she immediately leaps straight into the pool and begins splashing around.

She then demands that her humans throw her tennis ball into the deep end for her to jump after, and she just adores playing throw and catch in and around the pool.

After emerging from the pool at the behest of her humans, Pearl sits patiently and receives a soap bath before returning to the house. But, as you see from the video, she thinks the addition of soap is part of play time! And instead of waiting to be washed with clean water, Pearl dives straight back into the water!

When her humans finally manage to get Pearl out of the pool and dry, she spends a short while in a bad mood. Because swimming in the pool is her favorite thing in the world, she’s mad at her owners for making her get out when she could be having so much fun.

And after giving her human puppy dog eyes until she gets her own way, Pearl is thrilled when she’s allowed back into the yard to go swimming! With a toy in her mouth and a leap in her step, Pearl waits at the back door until it’s opened for her to bound back into the pool.

And given how cute Pearl the water pittie is, I’m not surprised that her humans struggle to say no to her when she’s determined to get outside and into the water!

To keep up with Pearl you can follow her on Tik Tok. 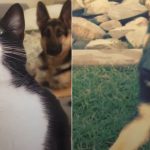 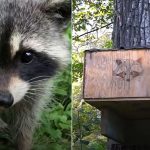