Dr. Stewart is living proof that not all superheroes wear capes.

As a veterinarian, Dr. Stewart is a busy man. He spends his shifts working long hours, nursing various animals back to full health.

When he’s not at work, he drives the streets looking for homeless people and their pets. He offers to check the health of the pets he meets, and if they’re in need of care and attention, he offers to take care of it.

His compassion was shaped back in 2008, when he worked as a shelter vet. During the recession, he noticed that people were bringing their animals in to the shelter because they couldn’t afford to pay their veterinary fees.

That opened his eyes to the fact that there are so many homeless people who have pets that must be in need of medical care.

Following his realization, he set up a temporary clinic next to a soup kitchen, and invited anyone with a pet to come for a check up. He then agreed to treat them for free.

As of this year, Dr. Stewart estimates that he has helped around 400 homeless people and their pets. And he tells us that in spite of the time and money that he puts into his one-man mission, he feels like he gets just as much out of it as the people, and the animals, he helps.

“It’s probably an emotional reward, if anything. I get a lot back. I mean, I give a lot, but I think I get more in return.”

We often hear from people who dedicate their lives to helping others, that they get out just as much or even more than they give to their endeavors. And Dr. Stewart is no difference.

And, as one of the beneficiaries in the video puts it, Dr. Stewart, “the world needs more people like you.”

To keep up with Dr. Stewart’s one-man campaign to support homeless people and their pets, you can follow him on social media. 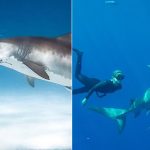 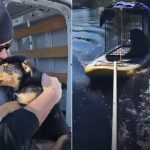