Chowder is truly a bulldog like no other. His favorite thing in the world isn’t his daily tummy rubs or his evening meal. It’s his beloved skateboard!

His unusual hobby started one day at the beach, where he jumped on a skim board that wasn’t intended for him. He took to it immediately and his humans watched on in amazement as their rotund bulldog seemingly surfed the waves by the shore.

After this incident at the beach, Chowder’s humans wondered whether he would enjoy a skateboard just as much, and they quickly had their answer!

As soon as Chowder saw his board, it was like love at first sight. He immediately hopped on board and started skating across the yard. It was like he was a seasoned pro!

Anytime his humans tried to offer him some advice or help, Chowder was determined to be independent and keep them away! It was, after all, his skateboard, and he wasn’t willing to accept any advice.

After a little while of watching him struggle, his humans realized that the little skateboard they’d bought from goodwill wasn’t sufficient for this huge bulldog!

As such, they decided to order him a brand-new skateboard all of his own, that was a much better size for Chowder.

In this awesome video, we can see just how delighted Chowder is to receive his new wheels! He immediately jumps on board and returns to being extremely possessive of this wonderful gift from his humans.

Chowder spent the following year perfecting his moves on his brand-new board. The speeds that he gets up to on his board are remarkable, and show just how good he is at boarding!

The trouble for his humans comes when it’s time to put the skateboard away, as Chowder is reluctant to let it go.

As bulldogs go, it would be fair to describe Chowder as unusual, not that he cares! He’s delighted to have found an incredible hobby in life, and he now looks forward to skateboarding more than anything else in life. 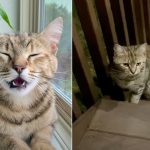 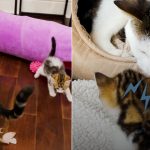