Most people who rescue farm animals have ample space to care for them and give them a new lease of life.

But when Ryan first started his incredible rescue efforts, he lived in a second storey condo! This certainly didn’t stop him, though. If anything, it made him all the more determined to rescue the animals that wouldn’t have a chance if it wasn’t for him.

The first animals he brought into his condo were pigs. He was told that the pigs would have been killed if he didn’t adopt them, which made the choice easy for him.

Every day, Ryan would walk up and down the stairs to his condo with the pigs in hand. It was important for them to enjoy the fresh air outside as well as the comfort of the condo.

Fortunately, Ryan’s landlord was happy with the arrangement and was very supportive of his rescue efforts. But after adding a bunny rabbit and a chicken to his three pigs, Ryan realized that it would be nice for the animals to spend more of their time outdoors.

He decided to give up the condo and moved his rescue operation to a small outdoor sanctuary. And that’s when he rescued Jenna the cow.

Jenna is now an incredibly important part of Ryan’s life, and he’s so thrilled that he decided to leave his condo to find a more suitable animal rescue shelter.

Ryan called his sanctuary Life With Pigs Farm Animal Sanctuary and he is dedicating his life to saving animals that would otherwise be in mortal danger.

To find out more about Ryan’s sanctuary and to enjoy updates from his troop of farm animals, you can follow the sanctuary on Instagram. 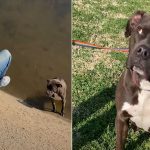 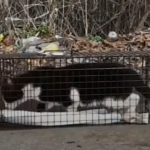