Trekkie’s obsession with food has led him to learn some incredible new skills! He stealthily makes his way into the kitchen just ahead of mealtimes, before assessing his best possible route to the food.

He’s learned how to scale the oven without being heard, and loves nothing more than perching on top of the fridge, where he has a bird’s eye view of everything that’s going on in the kitchen.

When Trekkie’s obsession for food becomes too much for his humans to deal with, they temporarily look him in the bathroom, while they get on with dinner preparations. But Trekkie’s much too smart for them, and has even learned how to open the door to let himself back out!

As his humans devise a huge range of techniques to prevent Trekkie from stealing their food, he always seems to be one step ahead! And he’s so determined and clever, that he eventually manages to work his way around the protection that his humans have put down, as you can see from the video.

Perhaps one of Trekkie’s most incredible feats has been his ability to open cartons and food containers, without the help of his humans.

No matter what meal his humans are preparing, Trekkie is never far behind. But he also loves helping out with the dishes, giving them a pre-clean before the dishwasher is turned on! He even offers to take care of the trash, by climbing on top of the cabinets and diving into the bag!

But as his humans admit, although he’s an incredibly stubborn and obsessive cat when it comes to food, he’s also the most affectionate and loveable cat they’ve ever come across, which certainly makes up for his bad behavior!

To see more from Trekkie the food thief, you can follow him on Tik Tok. 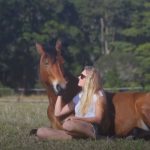 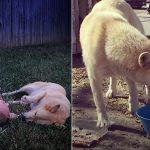