When Adrian moved into his new place, he noticed a curious visitor at the window. A stray black cat had appeared, seemingly out of nowhere, and was keen to introduce himself.

The following day, the cat was back, so Adrian made more of an effort to interact with his visitor. He opened the window and chatted to the cat, before the kitty made his own way back into the garden after a little while.

When the cat came back again, Adrian decided to start opening his window and inviting him into his room. It was at this time that Adrian’s roommate took a picture of the cat sitting outside his window, waiting for him to come home. It was clear to Adrian that this cat had chosen him as his human.

Initially, Adrian was happy to operate a kind of open house policy, whereby the cat would wander in through the window at his leisure, and then pop back out into the night when he’d had enough.

But one day, Adrian noticed that his feline friend refused to leave his bedroom. It was then that Adrian experienced a bit of guilt in case this was someone’s family cat and they were out looking for him.

He put some posters up around his neighborhood and posted to a couple of local Facebook groups, but nobody came forward as the cat’s owner. Adrian’s roommates then told him that they had seen the cat around before he moved in, which led them all to agree that he was probably a stray.

That was when Adrian knew he had a choice to make. As the cat had decided that he wanted Adrian, he knew that he now had to decide if he wanted the cat.

And of course, the answer was yes!

Adrian called his buddy Bojangles, and he’s absolutely thrilled that the gorgeous stray chose to hang out in his new apartment. You can keep up with Adrian and Bojangles on Instagram. 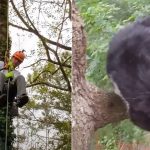 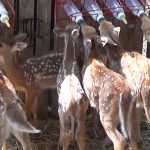