Charlie is a baby hippo that has been rescued by Zululand Rhino Orphanage in South Africa. Because he’s at a Rhino sanctuary, his companions are, understandably, rhinos!

His best friend is undoubtedly Makhosi. Both Charlie and Makhosi lost their mothers when they were very young, and had no chance of survival in the wild on their own.

Fortunately, they were taken in by the Rhino Orphanage and they’ve grown up together. They quickly became inseparable and did absolutely everything together. As Charlie began to grow and mature alongside his rhino buddies, he took on lots of their behavior traits and learned the way of the rhino!

However, staff at the orphanage became worried that they would never be able to release Charlie into the wild, because he didn’t know how to behave like a hippo. After all, he’d never even met another hippo, so he had no way of knowing how he should behave in his natural environment.

But their prayers were answered when Moomin the female hippo arrived at the orphanage. Transported from more than 1,000km away, the staff were worried that their grand plan wouldn’t work out.

They needn’t have worried!

Within three days, Moomin and Charlie also became inseparable. Moomin has become protective over Charlie, particularly when they’re out grazing together.

But most importantly, Moomin has showed Charlie how to act more like a hippo than a rhino! He now loves being in the water and instinctively goes out to graze at night; both traits that are important in wild hippos.

Just because he’s now got a fellow hippo to spend time with, it doesn’t mean that Charlie has forgotten about his best friend Makhosi the rhino all of a sudden! They still spend as much time as possible together during the day and are still super close.

Although the Charlie, Makhosi, and Moomin still have a lot to learn before they’re ready to be released into the wild, their rescuers are confident that the day will come before too long.

I’m sure you will all agree, despite having a difficult start in life, it’s clear that these three animals are finally living a good life.

To find out more about the excellent work of the Zululand Rhino Orphanage, you can visit their website. 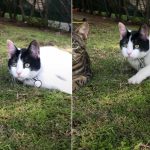 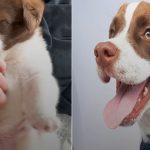