A guy known as the ‘crazy cat man,’ is not crazy at all. In fact, he’s one of the most affectionate and considerate men you will ever come across. One of his missions in life is to rescue cats that have either been abandoned or lost.

When he came across a tiny little kitten at a playground close to a highway, he knew he needed to do something about it. Although other people knew she was there, they didn’t make any effort to come to the kitten’s rescue.

On the first day of his rescue operation, the crazy cat man [or Brad, to give him his actual name!] brought the kitten some food and water, and tried to earn her trust. It was slow going, and although the cat would come to eat and drink, if he reached out to touch her, she would quickly scamper away and hide under the playground.

Undeterred, Brad went back, day after day, trying to build a rapport with the kitten. Finally, she trusted him enough to travel a little bit further from her hiding place every day, until he was finally able to pick her up.

When Brad welcomed the kitten into his home, he decided to call her April. He then introduced April to his other cat, Tom, and the two of them quickly struck up a loving relationship, and were constantly in the company of one another.

It seemed that Tom took it upon himself to ‘mother’ the baby kitten, and Brad was just so delighted that the pair got on so well after his successful rescue.

And although Brad initially thought he would rehome April, he couldn’t bring himself to do it. Instead, under the watchful eye of his other cat, April matured into a beautiful, friendly cat, who has since grown into an integral member of the family.

What a wonderful story. You can keep up with Brad’s adventures with his cats here. 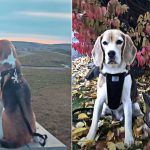 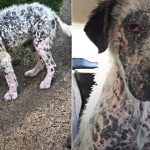