During his professional life, Normer was a social worker. In his retirement, however he turned his focus to animals and has spent a significant proportion of his time rescuing cats from trees.

Soon into his retirement, Normer got into tree climbing as a hobby, and it was from these early adventures into the southern forests that he began to realize that cat rescue could be a viable and much appreciated service, that he was perfectly positioned to offer.

It was at one of his club meetings that he was introduced to the idea of cat rescue, and because Normer has lived with cats all of his life, he thought it was the perfect way to combine one of his greatest loves with his newfound passion in retirement.

One of the most important parts of Normer’s rescue is the rapport he’s able to build with the cats before rescuing them from the trees. He believes this is a vital step and he says that the rescue wouldn’t be possible without it.

Since retiring, he has already rescued 783 cats. It’s remarkable how far cats manage to get up these trees, often exceeding heights of 100ft. And after traveling far and wide with his simple tree climbing equipment, Normer has never once left a cat behind, always managing one way or another to bring the kitty back down to terra firma.

The most incredible thing about Normer’s cat rescue service is that it is 100% free. He doesn’t charge a single dollar to perform his rescues, instead doing out of the sheer goodness of his heart.

He knows that if he were to charge money, his cat rescue would lose some of its impact. And after working a long career, he sees this as the perfect opportunity to give something back to the people of his community in a fitting and heartfelt way. 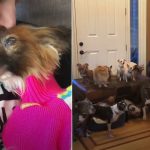 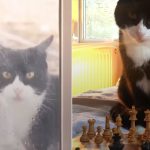