Sean used to go about his daily life, with very little thought for the animals that he shares the world with.

To him, they were ‘just animals,’ and he didn’t really give them a second thought. He certainly wasn’t abusive towards animals or anything, he just had no time for them.

However, a bunny rabbit was about to turn Sean’s world upside down.

His girlfriend turned up at his house one day with a bunny rabbit that she had rescued. Sean called the bunny Chief Brody, and their love affair began on day one.

While it might be strange for some people to see a rabbit interact with humans in the way that dogs and cats normally would do, Sean can’t speak highly enough of the impact that the Chief has had on his life.

After a long day at work, Sean is so grateful to come home and chill out with his best pal, as the Chief will happily jump up on his lap while he’s relaxing on the sofa and watching TV.

But the Chief wasn’t the first bunny rabbit that had changed Sean’s thoughts about animals.

For a few weeks, he was tasked with looking after his friend’s rabbit, Nutty. He developed a great bond with Nutty, too. But one day, the rabbit looked really lethargic and wasn’t moving properly.

Sean took Nutty to the vet and he sadly passed away that very same day. Sean was heartbroken, and although he wasn’t sure if he was ready for a new bunny so soon after Nutty passed, he was made up when his girlfriend showed up with the Chief.

The time Sean spent with his rabbits truly changed his opinion of these friendly little characters. Here’s what he has to say about the Chief:

“I genuinely didn’t realize that they had little personalities. That shocked me. I just thought they were kind of an animal you have in the back garden.”

Sean certainly isn’t the first guy to have his life turned upside down by an adorable pet! It’s great that the chief has a new best friend he can chill out with. 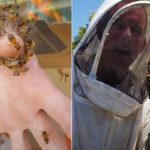 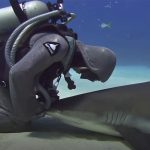