Sometimes the most special bonds between animals and humans are developed in the most unlikely of places. And this was definitely the case for Jason and Smokey.

As a prisoner serving time in a Las Vegas jail, Jason was given the opportunity to participate in a program that allowed him to train a dog.

Smokey was dumped in a kill shelter by his previous owners who failed to understand him. He was the perfect candidate for a second chance in life, something that Jason was only too happy to provide.

During his time with Smokey, Jason learned to trust and developed an incredible bond with the dog. But after he graduated, Jason missed Smokey more than anything, and was devastated that his canine companion would no longer be at his side during his long days inside.

After a phone conversation, Jason’s mum Cheryl realized just how much Jason loved Smokey and that he wanted to keep him. So, Cheryl got in touch with the shelter and decided to provide a home for Smokey until Jason was released from jail.

And thanks to the program that Jason has participated in while being inside, he has now graduated as a certified dog trainer, and will finish his sentence very soon to be reunited with Smokey.

Such a program is a wonderful concept, as it gives both people and dogs a second chance in life, when they may not have had the opportunity without such an intervention.

We wish Jason and Smokey nothing but the best in their new life together, and hope that Jason relishes his new life as a dog trainer on his release from prison.

To find out more about life-changing programs such as this one, visit Marley’s Mutts by clicking here. 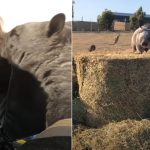 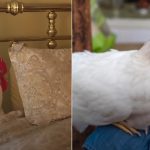