When Kimberley rescued three baby foxes, she wasn’t sure what the future held for them. Their mum died after she was hit by a car, so the babies needed some help to ensure their survival.

After bringing them in, Kimberley could see that the foxes were scared and weren’t sure what was going on. She fed them and gave them a bath to try and settle them, but their natural instincts were kicking in, and they clearly weren’t comfortable in their new surroundings.

The first few days following their rescue, the foxes stuck together and cowered in the corner of their cage. However, it wasn’t long before they adapted to their new environment, and they started to explore.

Kimberley set up a secret camera so she could watch the foxes when she wasn’t around. She watched on as they played riotously, jumping all over one another and ripping apart bags of shavings and various toys. It’s hard not to draw similarities between foxes and puppies as you watch them play, but it’s important to remember that foxes are wild, and Kimberley was there to help them return to their natural habitat.

After a week or so, Kimberley felt that the foxes were ready to head into their outdoor enclosure to experience life back in the great outdoors. Although the foxes were hesitant to leave when their crate was first open, it wasn’t long before they realized how much fun it was to be outside.

They adapted really well to their outdoor enclosure, and Kimberley knew they were ready for ‘soft release’ back into the wild. They were showing signs that they were mostly independent, so Kimberley was excited to see how they would react to even more freedom.

Soft release refers to the process of opening the door to the wild, but leaving the enclosure open for the foxes to come back as they see fit. This way, the rescuers can continue to provide food, shelter, and water for as long as the foxes feel it necessary, before they disappear altogether and head back into the wild.

For more information about Kimberley’s efforts with wild foxes, you can follow her Instagram page – Arctic Fox Daily. 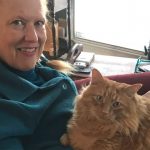 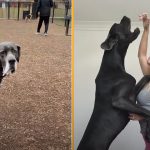