Pepe the spider monkey had lived in a circus his entire life. He was chained up every day with an extremely tight tie around his neck, that was never supposed to be removed.

His rescuers took some undercover footage of Pepe in the circus and realized that he was forced to perform for visitors every day and subjected to horrendous conditions in his cage.

Monkeys in the wild are incredibly sociable creatures, and Pepe’s isolation in the circus led him to feel extremely lonely and mistreated. His rescuers knew that a big part of his rehabilitation was to show him as much love and affection as possible.

When Jan rescued Pepe from the circus, she quickly fell in love with the monkey, and they developed an incredible bond. In spite of his horrendous treatment in the past, Pepe learned to trust Jan and the other humans at his sanctuary, which gave them confidence that he could have a better life in the future.

But Jan knew that she needed to find another spider monkey for Pepe to interact with, as he had suffered crushing loneliness in the circus for so many years. And one day, Jan got the news she had been longing to hear.

Not far from the sanctuary where Pepe was housed, Jan was told about another spider monkey that needed to be rescued. She went to get her immediately and was thrilled that Pepe finally had a companion of his own kind to interact with.

It’s wonderful to know that Pepe is now living happily alongside Valerie, and at the very least he is enjoying his new life away from the circus. 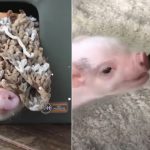 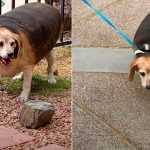