Most families with cats will agree that it’s the cat who chooses the owner, and not the other way around.

When a stray ginger cat appeared at a fire station in Greenville one day, he decided that she was going to be living with the fire crew that worked out of the station.

They decided to call him Flame [for obvious reasons!]

Lots of stray cats come and go at the station, but Flame decided that he was going to stay for good. He follows the firefighters around, regardless of what they’re doing, and he always wants to be center of attention.

The crew noticed Flame was in pretty bad shape when he arrived at the station. He was dirty and malnourished, but unlike other stray cats that have been and gone, Flame was super friendly and wanted to stay around.

The guys were a little worried about what the chief would say when he found out that Flame now lived on site, but he was just as happy as the rest of the squad!

Having Flame around works wonders for everyone’s morale. There’s someone at the station 24 hours each day, so having the fun-loving cat around breaks up a lot of the boredom and keeps the guys busy during down time.

In spite of the various noises and the constant moving in and around the station, Flame isn’t remotely fazed. He loves clambering on top of the trucks, sitting at the desk, and even climbing up and down ladders!

Although the guys at the station undoubtedly gave Flame a better life, they’re equally as grateful for his companionship and company. It seems like it’s a match made in heaven, and neither could do without the other!

You can keep up with Flame’s antics at the fire station by checking him out on Instagram. 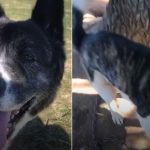 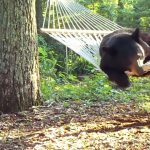