As despicable as it is, some people still think that caging wild animals for the entertainment of the few is a good business idea. That’s essentially what a circus is, right?

Well, Tanya and Tarzan are two sunning lions who had spent eight years of their lives in a cage, only being let out to go backwards and forwards to the performing ring of the circus they were forced to perform in.

The circus in Guatemala was being shut down, and that meant that these two lions had the chance to escape the prison they had been living in for their entire lives.

The moment that these two stunning lions stepped onto grass for the first time is beautifully captured in this video by ADI, the organization that went to great lengths to rescue them from the circus.

Although being the smaller of the two lions, Tanya plays the role of the protector, and looks out for Tarzan at every opportunity. When they’re exploring their new enclosure, it’s clear to see the bond that the two have developed over the years as a result of their heinous captivity at the hands of the circus.

Sadly, Tarzan was injured when he was rescued from the circus, and he had to undergo surgery to mend his teeth and get him feeling better again.

When Tarzan began recovering from the surgery, he and Tanya transformed. They became like kittens, playing with tires and energetically bounding around their enclosure, relieved to be able to be out in the fresh air.

After a few weeks in their enclosure, they joined fifteen other lions and tigers that were being flown to South Africa, to start life afresh at the ADI sanctuary there.

They were apart for several days during the flight and then of course being transported over land to their new home in South Africa, and the moment they were reunited on the savannah was quite incredible. The two best friends couldn’t have been happier to see one another again and start their new life, free from cruelty and mistreatment.

Thanks to the incredible work of ADI, Tanya and Tarzan will remain in their new home in South Africa and be able to enjoy much of the freedom that a lion should naturally be allowed to enjoy.

We can only hope that the excellent work of ADI continues into the future, and they’re able to rescue more and more animals from the circus in the near future.

For more information about the work of ADI, check out their website. 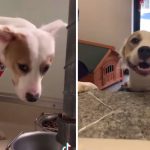 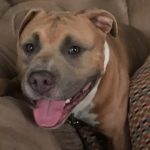