When Cassie was out and about, she heard some high-pitched chirping coming from the nearby bushes.

As she went to investigate, and adorable little kitten came bounding out of the bushes to greet her. Cassie looked around for something to use as a bowl so she could give the little kitten some water, and she ended up using a frisbee she had in her car.

As luck would have it, Cassie had cat food in her car that she was taking home for her other cats. Cassie fed some to the kitten and she absolutely wolfed it down, showing that she was seriously hungry.

The kitten was so thrilled to be rescued, and she refused to leave Cassie’s side. Such was the kitten’s affection for the woman that found her, Cassie recalls:

“The second that she came to me I knew automatically she was going to stay with me forever. I don’t know why I did that, it’s not like I needed another cat!”

But as many cat owners will attest, often you don’t get a say in the matter. If a cat decides to join your family, there’s very little you can do to stop it from happening!

When Cassie got the kitten home, she realized that she was covered in fleas, which is understandable given that she emerged from the bushes. Cassie gave her a bath and the adorable kitty was now ready to settle into her new home.

In spite of her tiny size and the fact that she weighed no more than two pounds, the new arrival wasn’t remotely scared or intimidated by Cassie’s other cats or her dog. In fact, she made herself right at home and quickly tried to show the other cats who was boss.

Cassie’s sphynx cat in particular paid special attention the new cat, and was intrigued by the playful little kitten’s presence.

After six months, the little kitten is still the crazy, energetic ball of energy that she was when she first came home with Cassie, and she’s delighted to be part of this loving tribe of animals.

Because Cassie thinks she was extremely lucky to be in the right place at the right time to initiate the rescue, she decided to name the kitten Charm, which she thinks perfectly fits her character!

Thanks to Cassie, Charm has found her forever home and is an integral part of her new family. 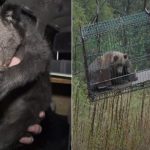 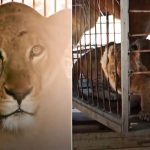