Her success made her proud of herself and also made her fall asleep in it. Then she failed to make the team in the 2014 Olympic Games because she didn’t qualify for that team. This failure led to her terrible time. She was really sad and depressed.

While she was still trying to figure out ways to handle her sadness and depression, she met Lincoln at the Humane Society. And this was the moment that has changed her life.

Their bond instantly started, the dog followed her everywhere. They spent all their time doing things together. Lincoln’s reaction made her feel happy. Furthermore, his love allowed her to believe that she could come back.

She strongly desired to be back, so she decided to try again. She practiced very hard, and Lincoln was her accompany. His support and presence kept her sane. As a result, she qualified for the 2018 Olympic Games and made her history when she became the first U.S female to land the triple axel at the Olympic Games.

Happiness is a continuous circle. After moving to Boston, Lincoln dated Pika that was a rescued dog from Haiti. The presence of them made her stronger and more independent.

Life is always full of difficulties but Failure isn’t the end. This great story evidences that Love is the strength.

Thanks for sharing this awesome story, Mirai! 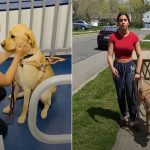 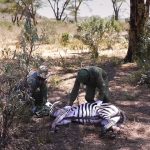