War affects animals just as much as it impacts the lives of human beings. As a former soldier who served in Afghanistan, Pen knows this better than most.

That’s why he dedicates his life to rescuing and assisting street dogs in Afghanistan, who have an extremely tough life as it is.

Before the Taliban came to power, Afghanis were proud pet owners and loved having dogs in their homes and as part of their families. But their repressive rule meant that people were no longer allowed to keep pets, and they had little choice but to release their dogs onto the streets.

Pen was inspired to care for the dogs of Afghanistan after a chance encounter with a dog during one of his tours changed his life.

He found the dog in an abandoned building. He was terrified, his ears had been cut off, and his tail was missing. Pen couldn’t believe the level of abuse that he had suffered.

Bribing the dog with his stash of biscuits, Pen was able to save him from the building that he was found in. Over the course of a couple of days, Pen gained his trust and the dog started following him everywhere.

Pen called the dog Nowzad after the town in which he was fighting, as he thought it was a poignant way of appreciating the battle-hardened dog and giving him a new lease of life.

After falling in love with the dog, Pen hatched a plan to adopt him and take him home and that’s actually where his idea to start the Nowzad animal rescue centre came from.

Nowzad lived a wonderful life for seven years with Pen before passing away in his family home, but he inspired his human dad to save many more dogs from the war-torn country over the years. Pen actually went on to set up the first animal rescue center in Afghanistan as a result.

Incredibly, Pen and the staff at the Nowzad rescue center have supported the rescue of more than 1,000 rescue dogs and cats for soldiers who have served in Afghanistan.

To find out more and to support the work of the Nowzad rescue center, you can visit their website. 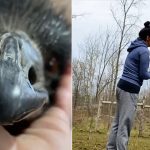 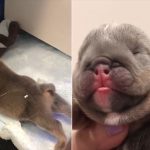