We’re constantly surprised by the animal kingdom and the unlikely friendships that are formed between different species. Because of their loving and caring approach to life, dogs tend to be receptive to relationships with other animals and are happy to become the best of friends with anyone that needs their love.

One of the cutest relationships we’ve ever come across is between Herman and Lundy. Lundy is a chihuahua puppy that can’t walk, and relies on the care of humans to support him through each day. And his new best friend, Herman, is a pigeon who can’t fly.

United by their disabilities, these two adorable animals have become inseparable. They met through the Mia Foundation, a rescue organization in New York that rehabilitates animals with birth defects and physical disabilities.

Herman was rescued from a cark park of a New York car dealership, after staff noticed that he had been sitting in the same place for three days, seemingly waiting to die. It turns out that he suffers from a neurological condition and is unable to fly.

Although Herman’s rescuers decided that he needed to be euthanised, Sue Rogers of the Mia Foundation thought otherwise. She took matters into her own hands to rescue Herman, and she committed to looking after the pigeon herself.

Lundy, on the other hand, is a chihuahua puppy who is unable to use his hind legs. He suffers from a disability known as ‘swimmers syndrome,’ which he lives with because of damage to his spinal cord. Although they weren’t initially put together, when Sue encouraged Herman out of his crib to exercise, she noticed he went straight over to Lundy, who took to him immediately.

In an interview with WHEC TV, sue said:

“I took Herman out of his playpen to give him some time out and I put him in a dog bed. Then I had to tend to Lundy so I put Lundy with him. They just looked really cute together so I took some pictures and posted them on Facebook. The next morning it was crazy.”

She was right when she said things went crazy. Thanks to the photos Sue shared on Facebook, they brought in an incredible $6,000 in donations. Hopefully the photos have helped to raise the profile of the incredible work that the Mia Foundation does to support disabled animals.

In spite of the difficulties that both Herman and Lundy face in life, they have developed a loving relationship that really shows the depth of connection that is possible between different species of animals.

But most importantly, their friendship shows just how vital the work of the Mia Foundation is, and their desire to give animals a second chance in life is something that we should all be grateful for and proud of.

Keep up the great work guys! 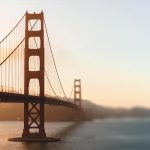 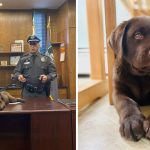