At an animal sanctuary in South Africa, Mewie the cat takes center stage. He befriends every animal that is rescued, and makes them feel right at home in their new surroundings.

The sanctuary is home to giraffes, zebras, springboks, and bush babies to name but a few animals, and Mewie has helped to make them all feel welcome.

But no relationship runs as deep as Mewie’s love for Jamila, a baby rhino that arrived at the sanctuary after being or.phan.ed.

Mewie himself was rescued when he was a tiny kitten, so he knows what it’s like to get another chance in life in a new place. This is perhaps the reason that he’s so caring and friendly towards all the other animals that arrive at the sanctuary.

When Jamila the rhino arrived at the sanctuary, she was only one month old. She was rescued from the grasp of poachers, who wanted her horn. The poachers killed her mother, and the baby rhino was left with three stab wounds in her back.

But fortunately, the wounds were superficial and she was nursed back to health.

In Jamila’s early days in the sanctuary, she strug.gled. Rhinos are very sociable animals, and they tend to stay by their mother’s side for the first 2-3 years of their lives.

As such, Jamila required round the clock care and constant attention. Her rescuer even sleeps on a mattress next to Jamila, so she’s not alone at night.

And of course, Mewie’s never far away. It’s like he realized that Jamila needed extra special care and support, and he made sure he did everything he could to make her feel at ease.

Mewie and Jamila now constantly play with one another, and there’s little doubt that Mewie has helped Jamila come out of her shell and embrace her new surroundings.

And now the future looks bright for Jamila. As soon as she’s old enough, she will be released back into the wild, where her instincts will take over and she will return to the life that she should have had in the first place.

While poaching is one of the wo.rst traits in humanity, the care, love, and support given by others to care for orphaned rhinos like Jamila more than makes up for it.

To support the animal sanctuary that is home to Mewie and Jamila, click here. 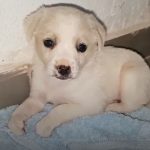 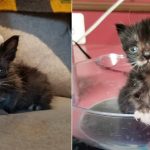