In Manitoba, Canada, black bears are a huge part of nature and can be found in the woods across the countryside.

The story of Caspar the little black bear is heart wrenching, but at the same time an example of how caring humans can be when animals need them the most. Caspar was accidentally abandoned by his mother when she was startled by a piece of logging equipment, that woke her up during hibernation.

Fortunately, he was rescued by an animal center who did everything in their power to raise the bear cub as naturally as possible. In this adorable video, you can follow Caspar’s journey from struggling to get up onto his legs, to the very moment that he’s able to support himself and take his first few steps.

After one month, Caspar was introduced to a fellow bear called Dudley. But in the early days, Caspar didn’t want anything to do with his fellow bear. He hid in the corner while Dudley would rampage around their enclosure, ripping up toys, jumping around, and just doing regular bear things!

When they let Caspar outside for the very first time, he was thrilled to be in nature. He ran around on the grass, enjoyed the wind blowing in his face, and looked just amazed to be outside. He circled the whole enclosure sniffing everything that he came across, and even fell into his pool by mistake!

A little while later, Dudley was introduced to Caspar’s outside area, and the staff weren’t entirely sure how he would react. But after checking the footage from the security cameras, they quickly got their answer! The two bears can be seen playfighting and wrestling, and from the moment they were united outside, they were never seen apart.

They are constantly splashing around in the water, climbing the frames, and just being outright mischievous – they’re basically doing everything a bear should be doing in his formative years, just without the guidance of their mothers to support their development.

The end of the video is somewhat bitter-sweet. We see Caspar and Dudley being released into the wild together, which is slightly unusual for rescued bears, but they shelter staff had little choice given the incredible bond the pair had formed over the course of their time together.

While we will never know what will come of Caspar and Dudley later in their lives, we can be grateful that we had the chance to watch their early development and were released in the wild together.

Good luck to these two special bears, and it’s wonderful to see rescue stories with such a happy ending! 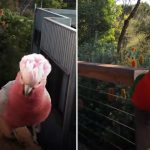 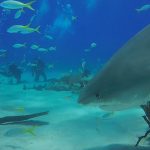